The Sportsplex hosts a middle school Valentine's Dance & this year Mackenzie attended the dance with Will Beams. Before the dance, a group of them ate dinner at Niffers and after the dance a group came to our house to enjoy ice cream sundaes. 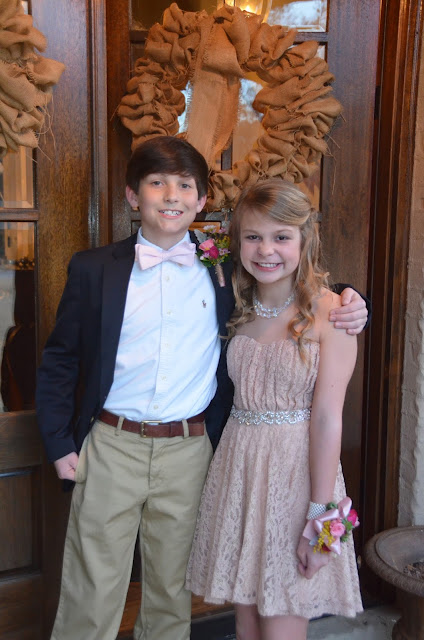 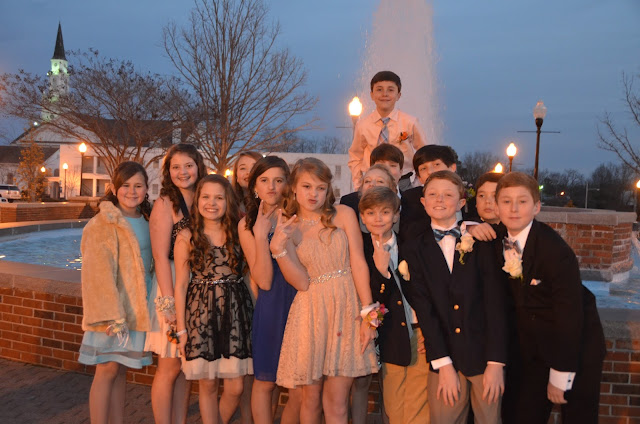 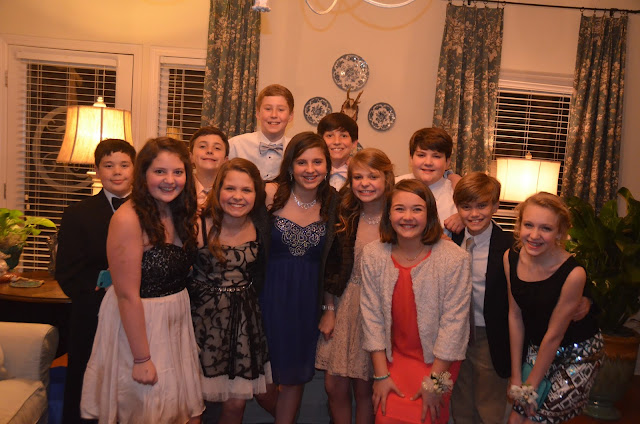 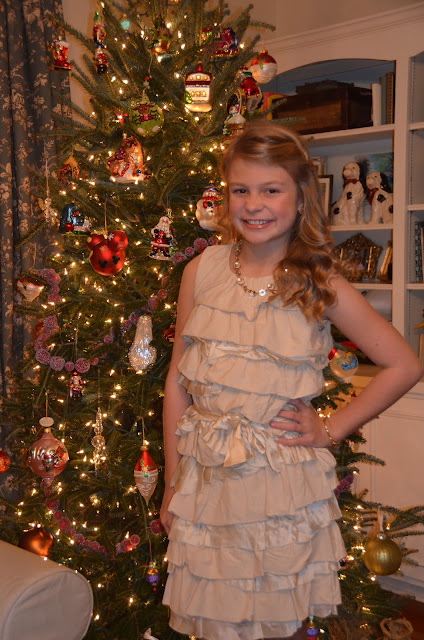 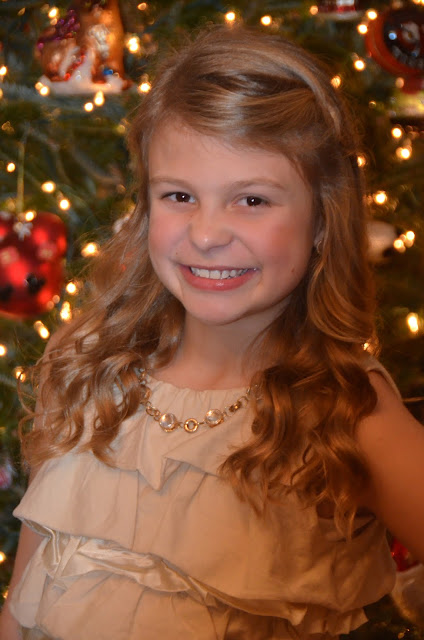 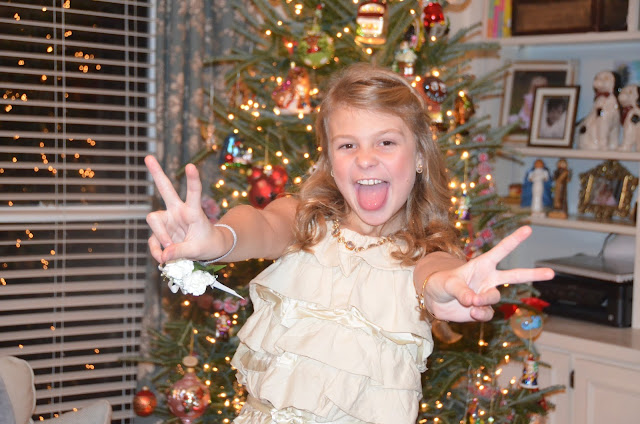 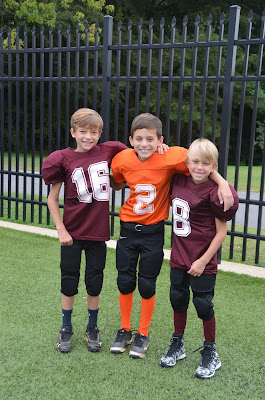 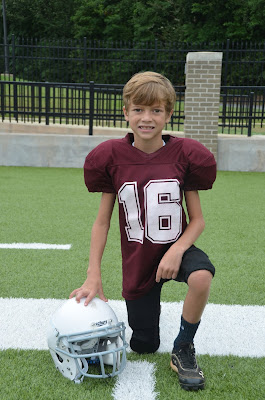 This year, Davis was drafted by the 49er's to play football. He was really excited to play again and to also have his sweet friend, Evan on his team! :) Although, Sunday he broke his right ring finger playing in a baseball tournament for the Rebels, we hope to see him play in the next few weeks after that heals. This Saturday, he will stand on the sidelines wearing his #16 and cheer his team mates on to hopefully a victory!
We love our #16!!! 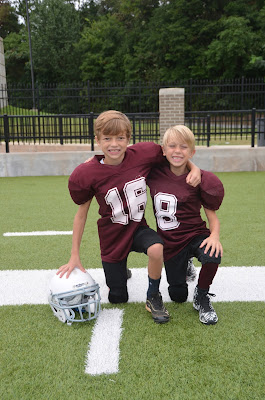 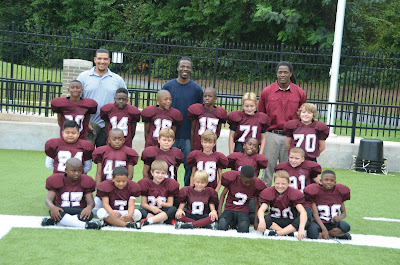 HaHa and Anne come to town...

We missed having Matt, Haha, & Anne at Christmas, but were thankful for their visit in January--minus Matt! Anne is growing up so fast and I just adore her! She's a sweetheart. Mack and Davis are just smitten over her and enjoyed every second of their visit.  Mack enjoyed reading to Anne at night & Davis enjoyed teaching Anne a little bit about Xbox & Batman! ; ) 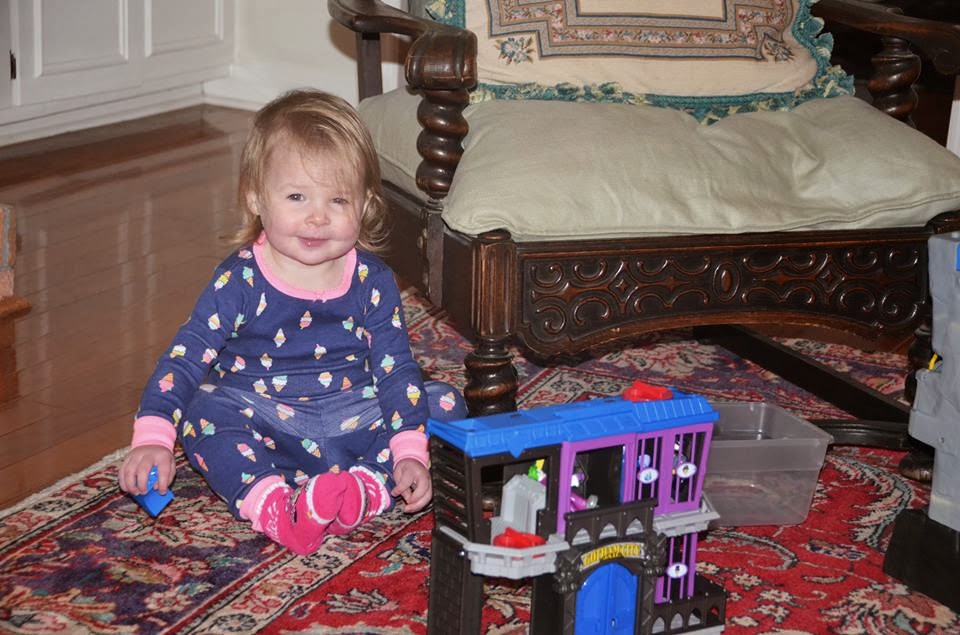 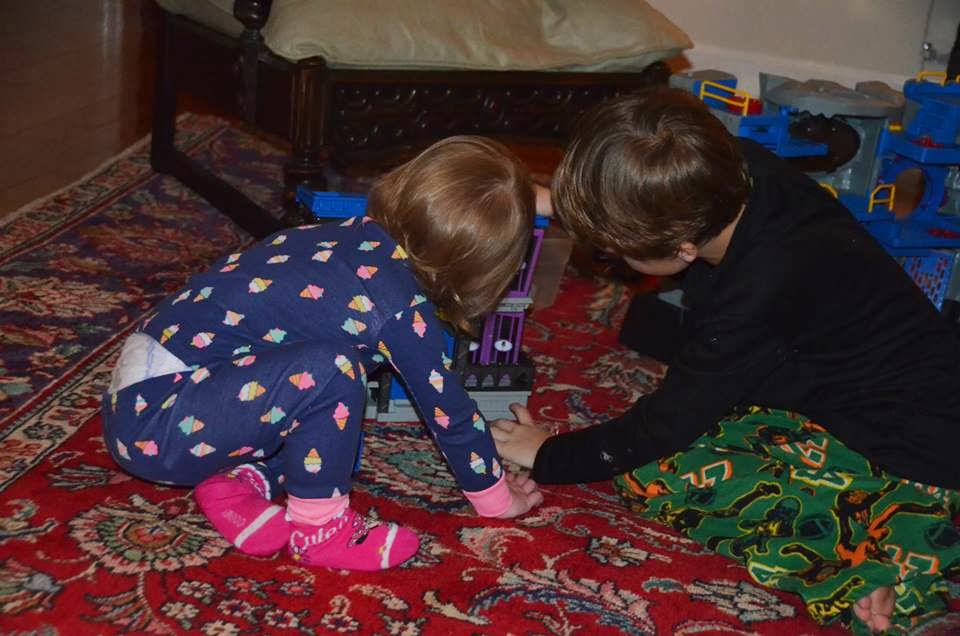 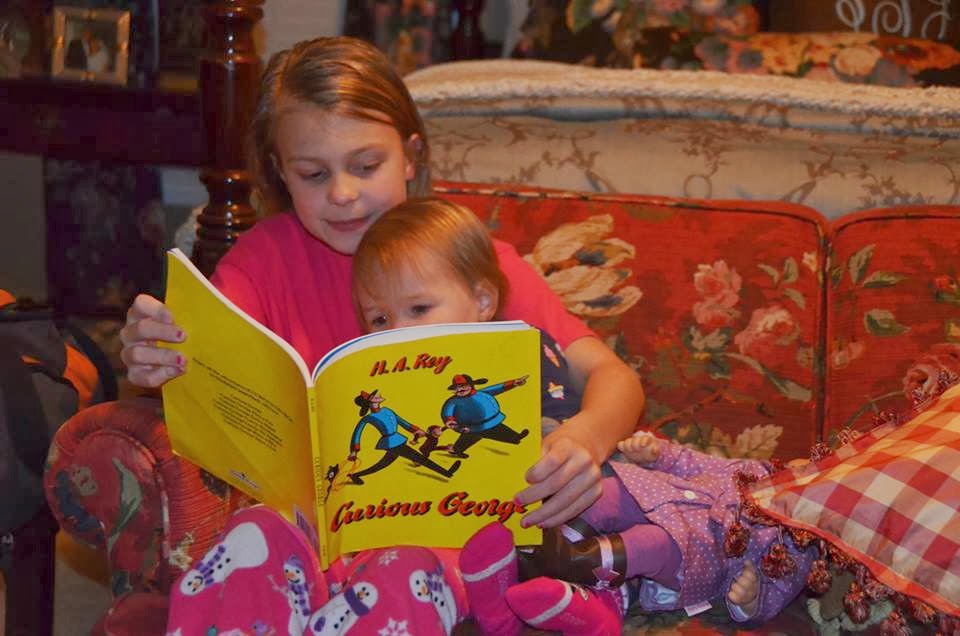 Trying to play catch up...shooh weeh...I got a little behind! ; ) Anyway, if I can remember correctly, we had a wonderful Christmas celebrating the birth of our Savior with family and friends! We hosted the Justice family Christmas at our house and as always it was lots of fun & loud (as the hubbs would say)!! 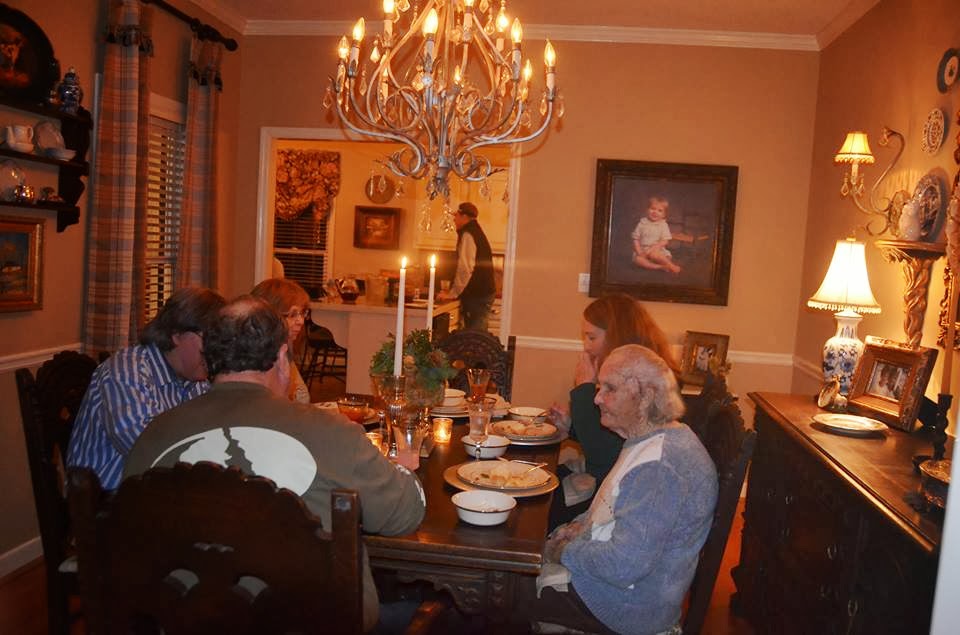 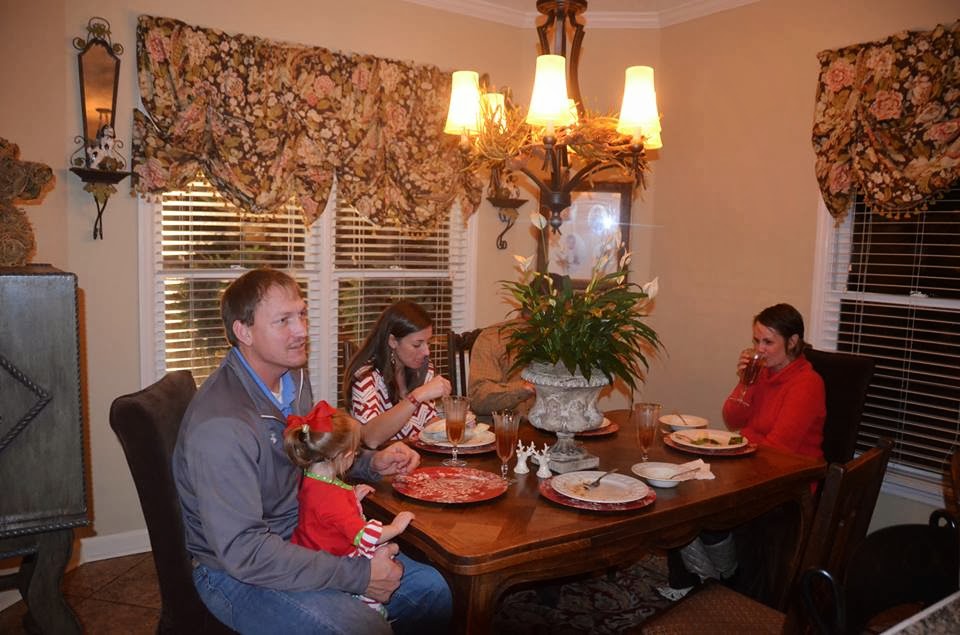 We had the Ford Christmas at Heather and Dave's new house. It is so nice to have them in the same town and literally right up the road! :) We enjoyed a yummy lunch and lounging around watching Elf. Aunt Heather (the life of the party) was sick, so we were kinda lost without her! 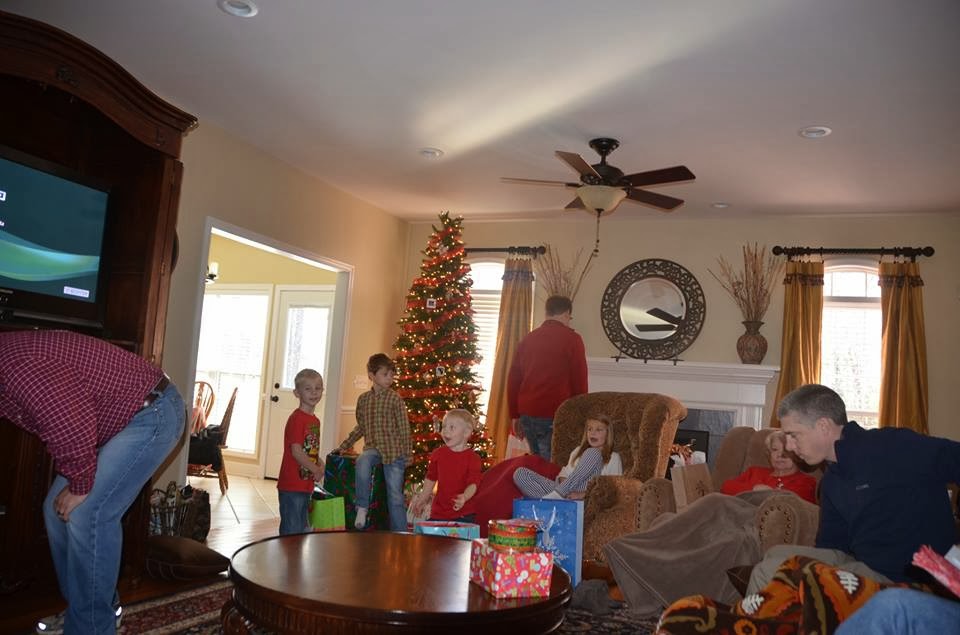 and then Christmas at home where Santa delivered! 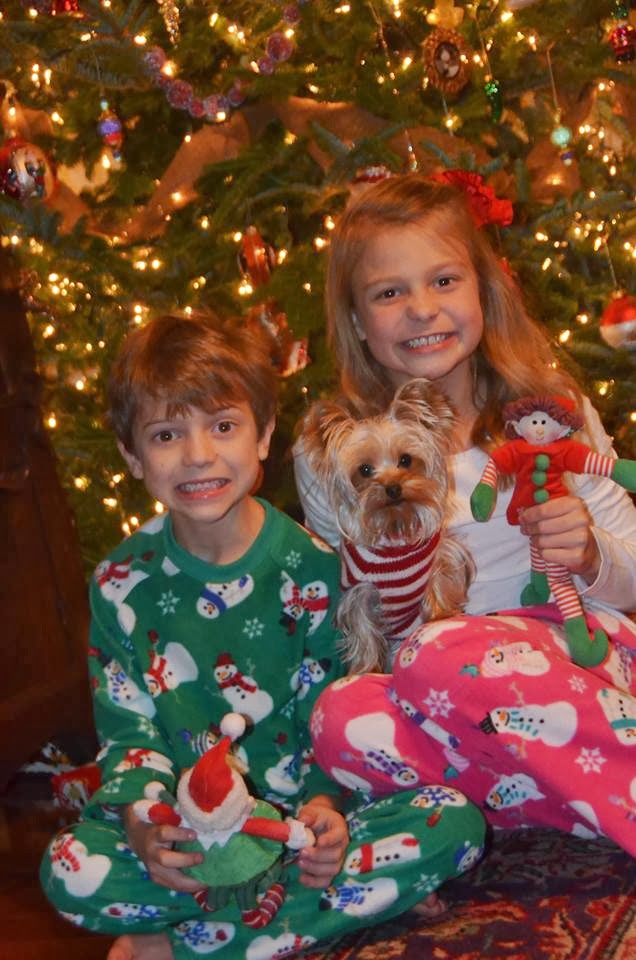 Merry Christmas & Happy New Year from our family to yours! 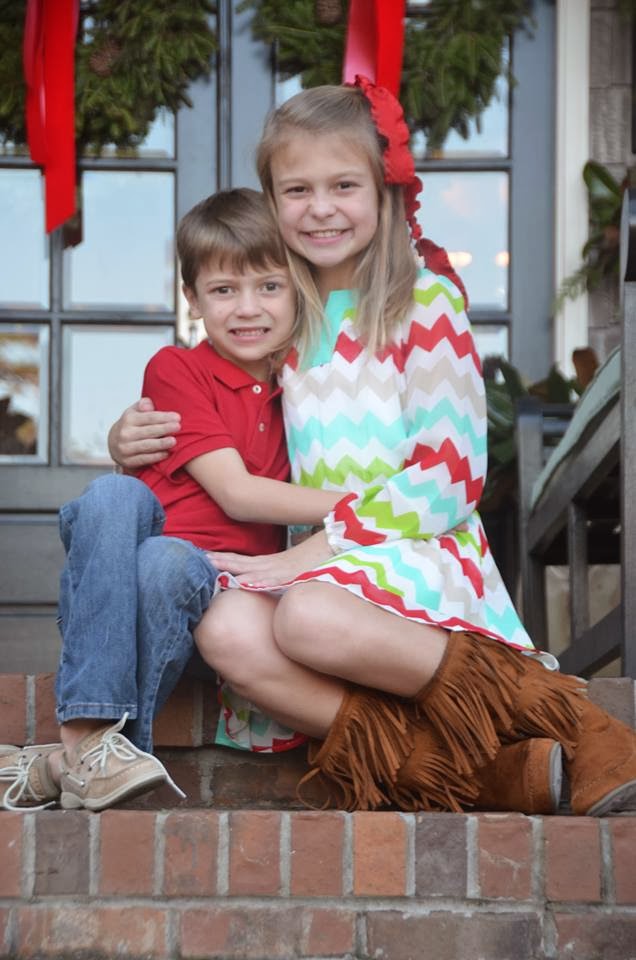 featuring...
our Florence Nightingale!!!!
Tonight, Mackenzie had her live museum at school. She has been researching and working on this project for a few weeks now and she turned out to be a cute little Florence.  The whole thing was very impressive and interesting! 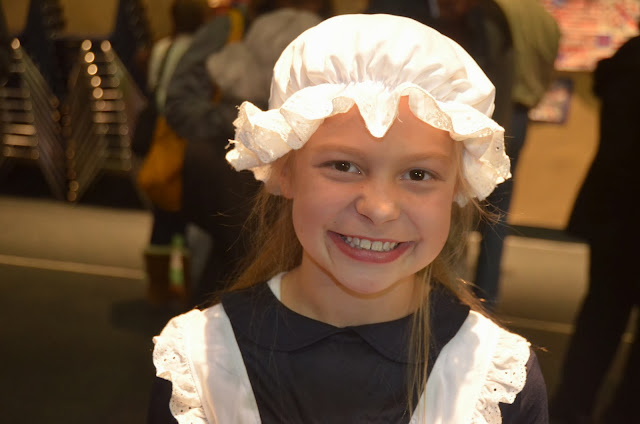 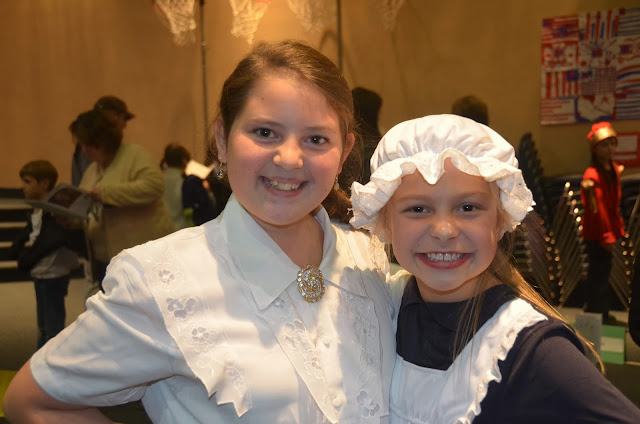 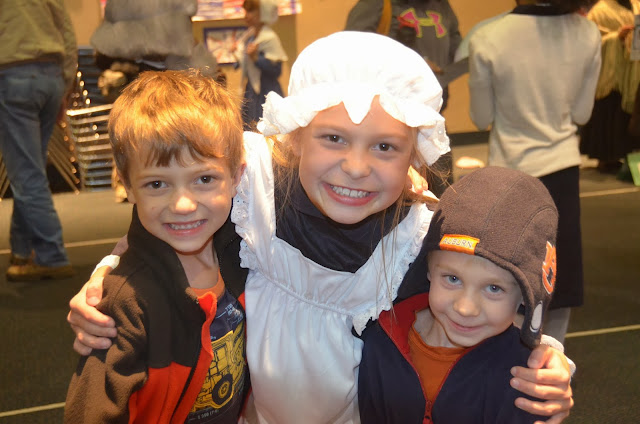 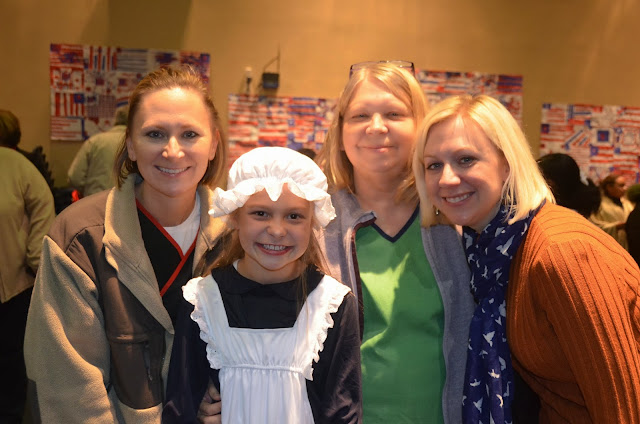 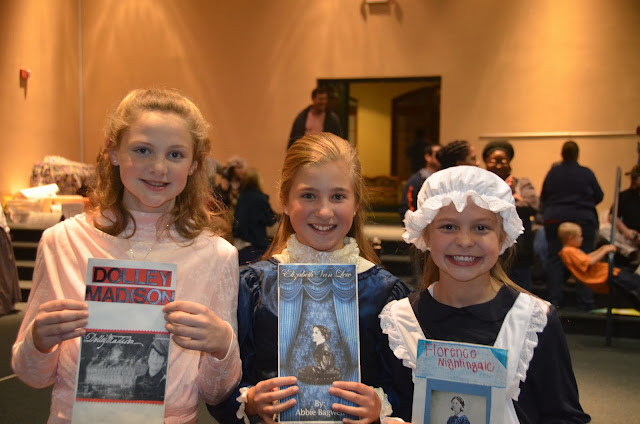 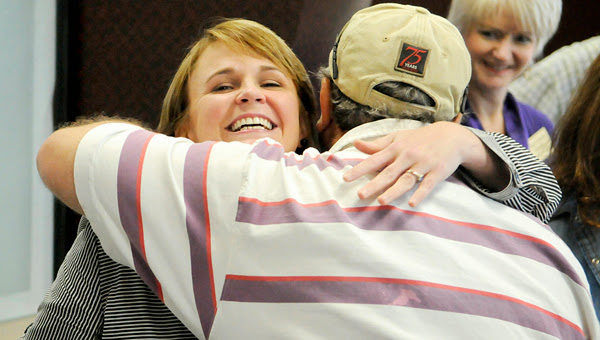 **Dare is picture above hugging my Uncle Larry after the presentation**
A few weeks ago, Dare was awarded "Rising Star Award" from the Chamber of Commerce.  I can't think of anyone more deserving.  For those of you that don't know her history, 10 years ago, Dare was involved in a really bad car wreck.  She was airlifted and was basically unresponsive...she had a torn aorta & while trying to repair it they lost her on the operating table for an substantial amount of time, which caused her to be according to one neuro surgeon a vegetable.  Well...if you don't believe in miracles, well, here is one.  She woke up 2 days later after we received this devastating news.  Yes, woke up from a coma and this is where the journey began...She was later transferred to a rehabilitation facility and learned all of her motor skills again and also how to walk again! She worked so hard and proved that little doc wrong.  We learned that Dare had lost her vision shortly after she woke up, and because of the lack of oxygen, she suffered from cortical blindness.  Dare went later to Gentry (Helen Keller school of blind) and learned to be self sufficient, learn braille, and many other things.  After finishing that obstacle, she attended AUM, where is received her bachelors degree in Psychology.  After graduation, she decided to move back to what we call "home" and later began volunteering and just accepted her first job with the school board & was awarded this very deserving award.  Along the way, it all hasn't been rosy and easy..there have been many ups & downs, many frustrating & dark times, but in the end, God has seen us through and we give Him all the glory! I am so proud of you, Dare and am so blessed to have held your hand along this journey! Congratulations on this award!
Posted by Ford Family at 8:59 AM 1 comment:

Falling behind and trying to play catch up...Gymnastics Meets 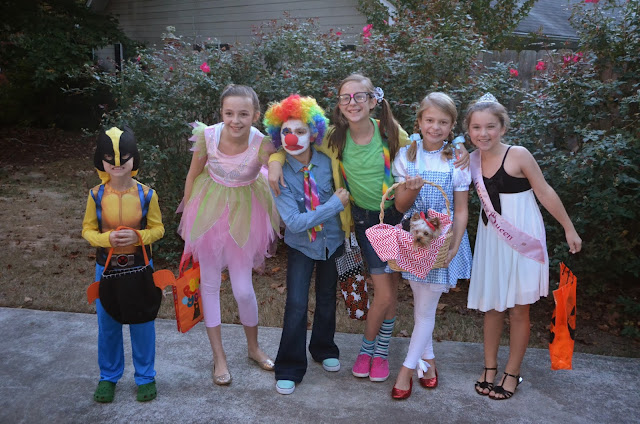 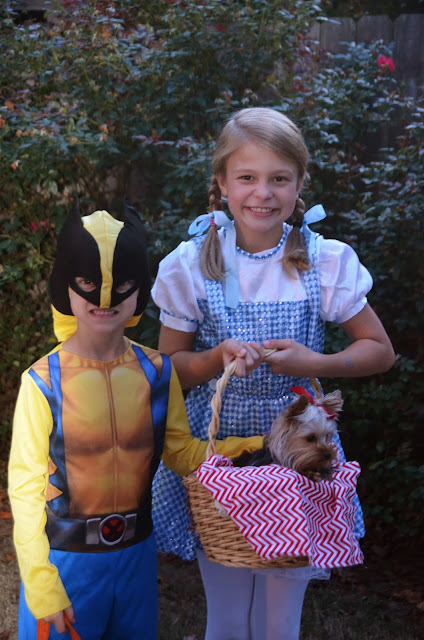 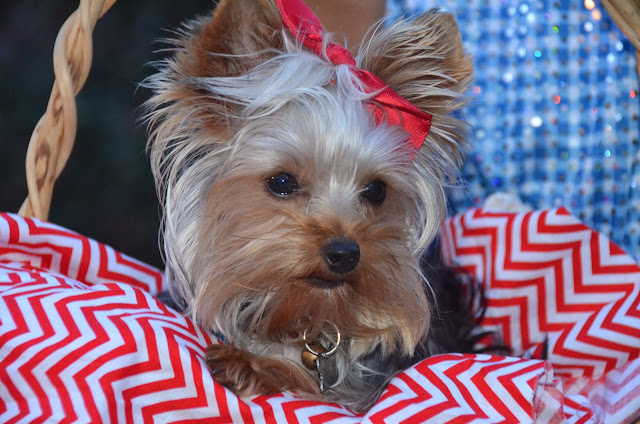 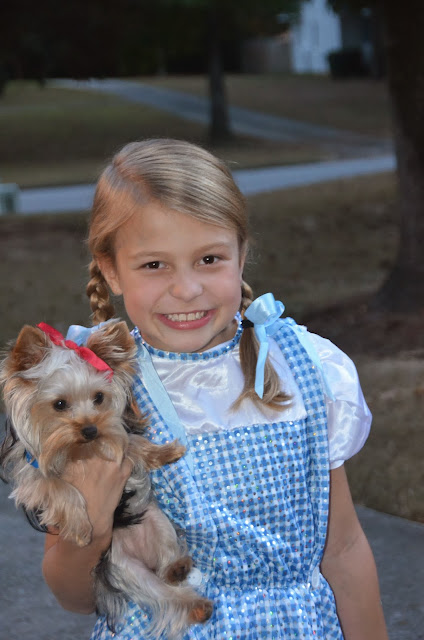 Mack's first meet of the season... 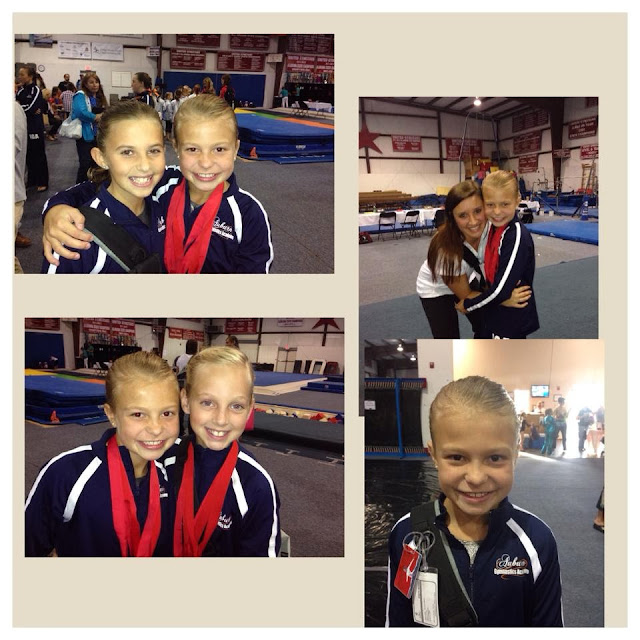